Through our beauty brand Lux, we’re voicing our support for South African athlete Caster Semenya who has been banned from defending her 800-metre gold medal at this year’s Olympic Games in Tokyo.

Caster has a genetic condition known as hyperandrogenism which means she produces a higher-than-average level of testosterone. Even though she was born this way, new legislation – introduced by World Athletics in 2018 – means she isn’t allowed to compete unless she takes hormone-suppressing drugs.

She has taken her case to the European Court of Human Rights to challenge this decision and Lux is lending its voice through its new ‘Born This Way’ campaign.

Centring on an emotive video, which features an animated Caster, the message of the campaign is clear: women should not be judged on how they look or be stripped of what makes them who they are.

“It pains me that women still constantly get judged for how they look and choose to express their femininity,” says Global VP of Lux Severine Vauleon. “Caster is an inspiration for women everywhere, to rise above the judgements of others and express their beauty fully and authentically. At Lux, we believe that beauty should be a source of strength rather than a source of judgement.”

“It makes me very happy to see brands like Lux who fearlessly stand on the side of what is right,” says Caster. “My case is but one among many experiences that are felt by women all over the world. This fight is not about me: it's about the future and those talented up-and-coming athletes who will face the same discrimination. I have to make sure that I can honestly say, I did my bit.”

Lux has set up a petition to help Caster overturn the World Athletics ruling and allow her to compete as a woman. To show your support, you can sign Lux’s petition and share your message online using the hashtag #IStandWithCaster.

A new era of beauty

The campaign is part of a broader global initiative in which the brand has pledged to inspire and help women rise above everyday sexist judgements and express their beauty and femininity unapologetically.

It’s also integral to Unilever’s Positive Beauty vision and strategy – launched in March – which aims to champion a new era of beauty that’s equitable and inclusive, as well as sustainable for the planet. 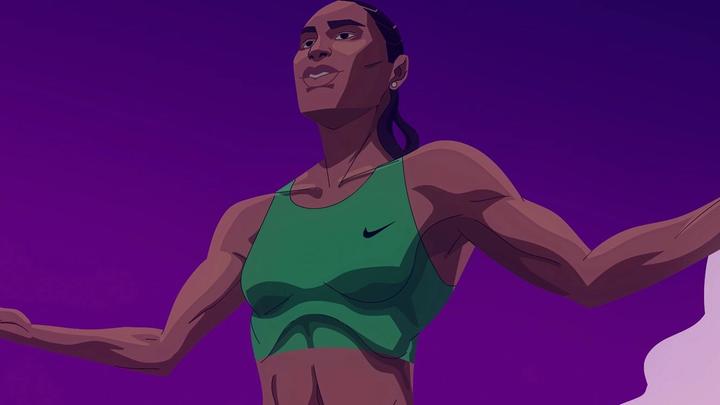 Do you stand with Caster?

Lux has set up a petition to help Caster overturn the World Athletics ruling and allow her to compete as a woman.